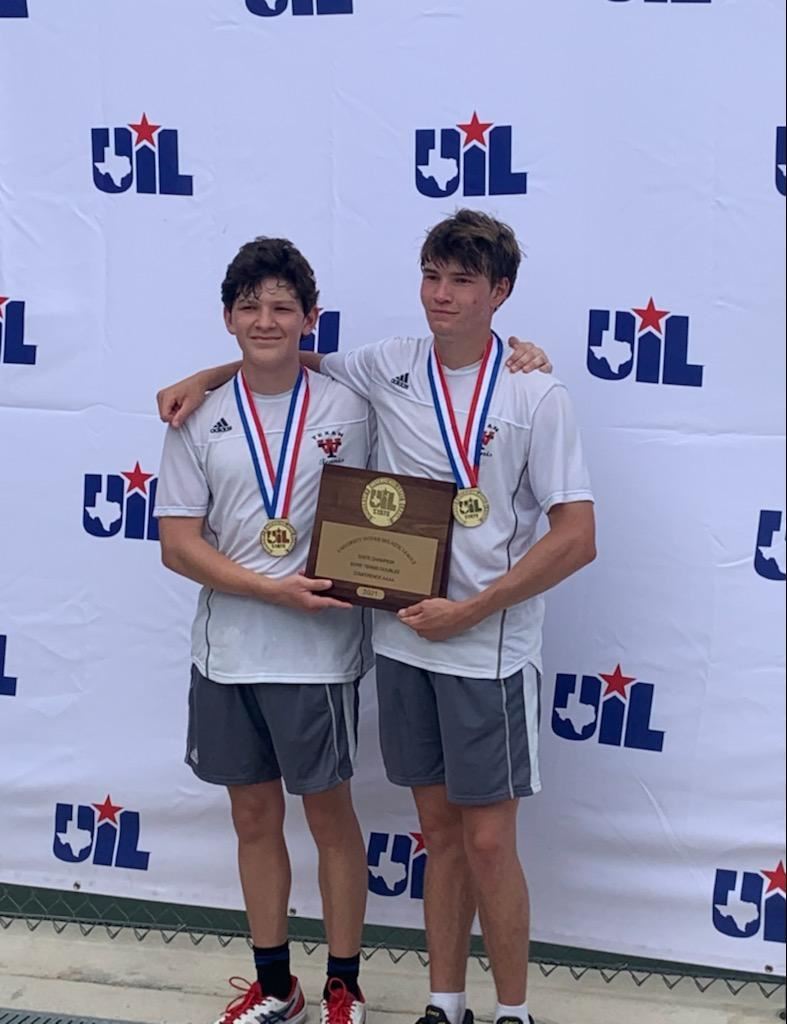 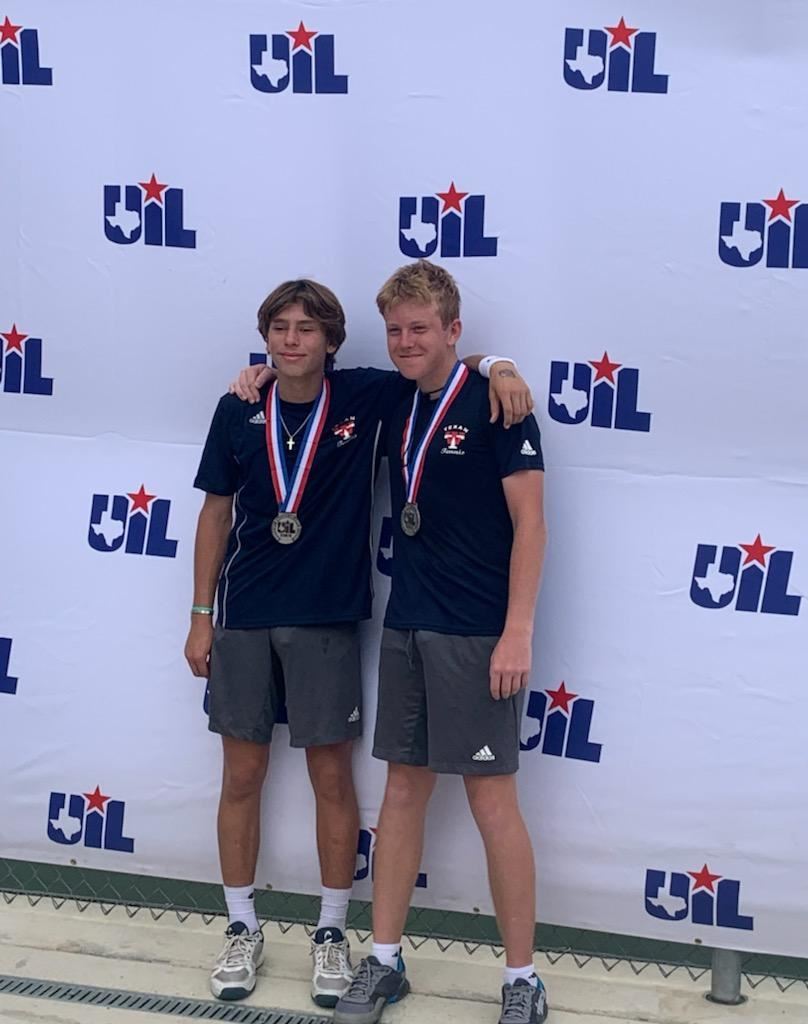 The Wimberley vs. Wimberley matchup in the state title match was a first for Texan tennis, and was a rematch of the District 28-4A and 4A Region IV boys' doubles championship matches - both won by Gonzales/Murphy as well. The win for Gonzales and Murphy also represents WHS's first state title in tennis.

The two Texan teams (all juniors at WHS) breezed through their opening matches at state on Thursday. Gonzales and Murphy defeated Weston Baker and Dakota Willis from Wills Point 6-1, 6-1. Anderson and Doss dispatched Carlos Nunez and Cody Hunter of Kaufman 6-3, 6-1.

In the state semifinals both WHS teams were tested - each duo dropping the first set of their respective matches. Gonzales and Murphy went on to defeat Andrick Avitia and Kell Castleberry of Vernon 3-6, 6-3, 6-1. Anderson and Doss outlasted Ian Williams and Jack Callen Watlington of Center 3-6, 6-1, 6-2. Those matches set the stage for Friday's championship match.

Also competing at the state tournament for Wimberley was the mixed doubles team of Madisyn Elliott and John Moore. The Texan duo was defeated by Addison Spencer and BT White of Vernon in Thursday's first round 6-3, 6-3.

The tennis squad is coached by Lauren Huse and assisted by Michael Coffman and Cade Pharis.