You can be a Hero Today

November 11, 2019, Wimberley, Texas—It's a special day at Wimberley Independent School District when young students lead the tribute to honored United States Veterans. Students performed and sang patriotic songs, including the National Anthem to thank the special visitors for their military service to the country on Monday, Nov. 11, at the annual Veterans Day Ceremony at the Wimberley High School Gymnasium.

"You can be a hero today," VFW Post Commander, John Thompson told the students.

"If you see a new kid by themselves their first day of school, do you think they are uneasy or scared, does it take courage to go over and talk to that person, it does, doesn't it? You may not be a hero to anybody else but you are a hero to that person. You can be a hero every day," he added.

Thompson capped off the ceremony which included a tribute to WISD employees who served in the military. There are about a dozen Veterans working in the District.

Local Boy Scout Troop 127 served as the Color Guard for the ceremony. Among the performances were the WHS Band, the choirs at Jacob's Well Elementary School, Danforth Junior High School and WHS. A member of the WHS Texan Band performed Taps and students stopped over to meet and thank the Veterans as the ceremony concluded. 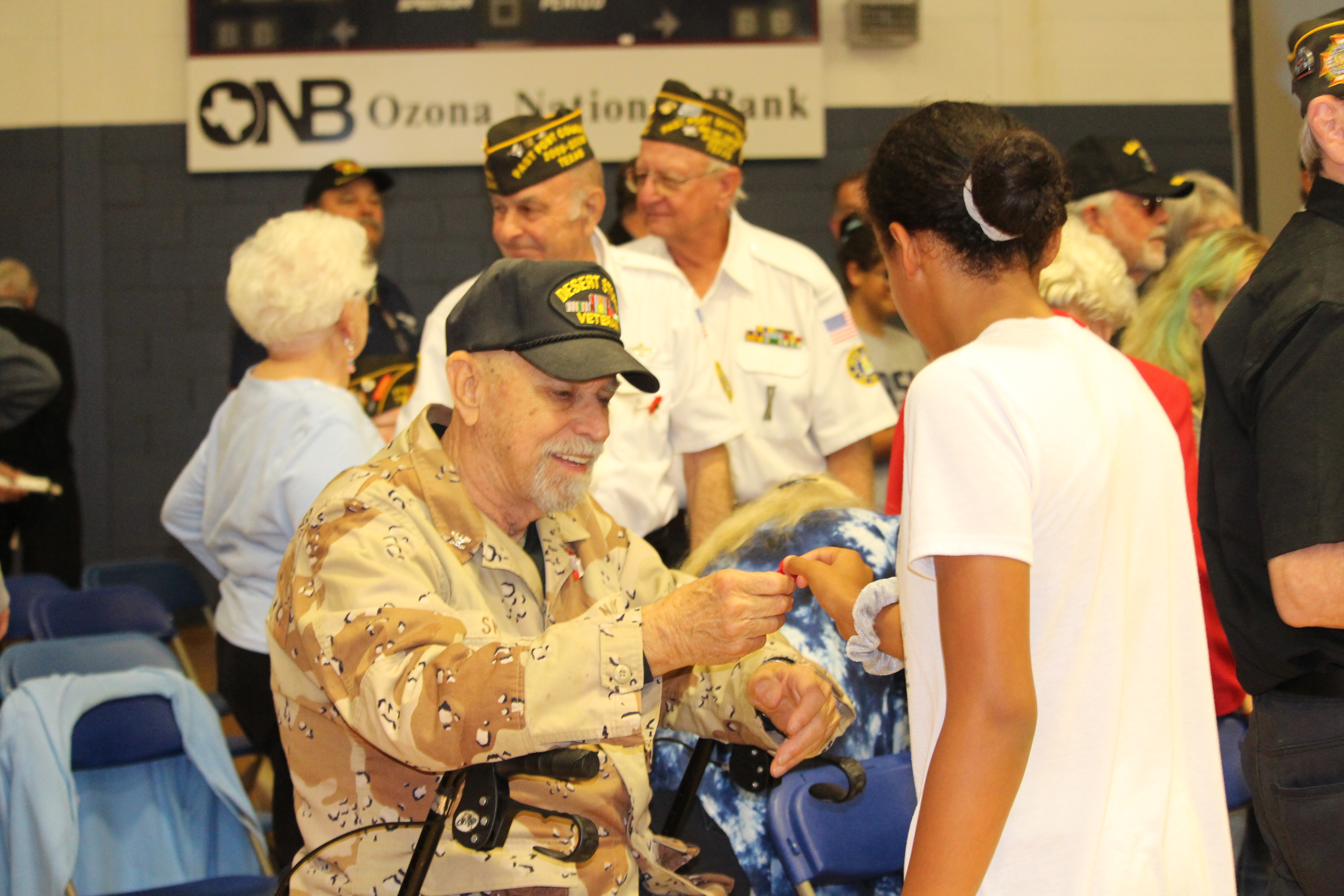 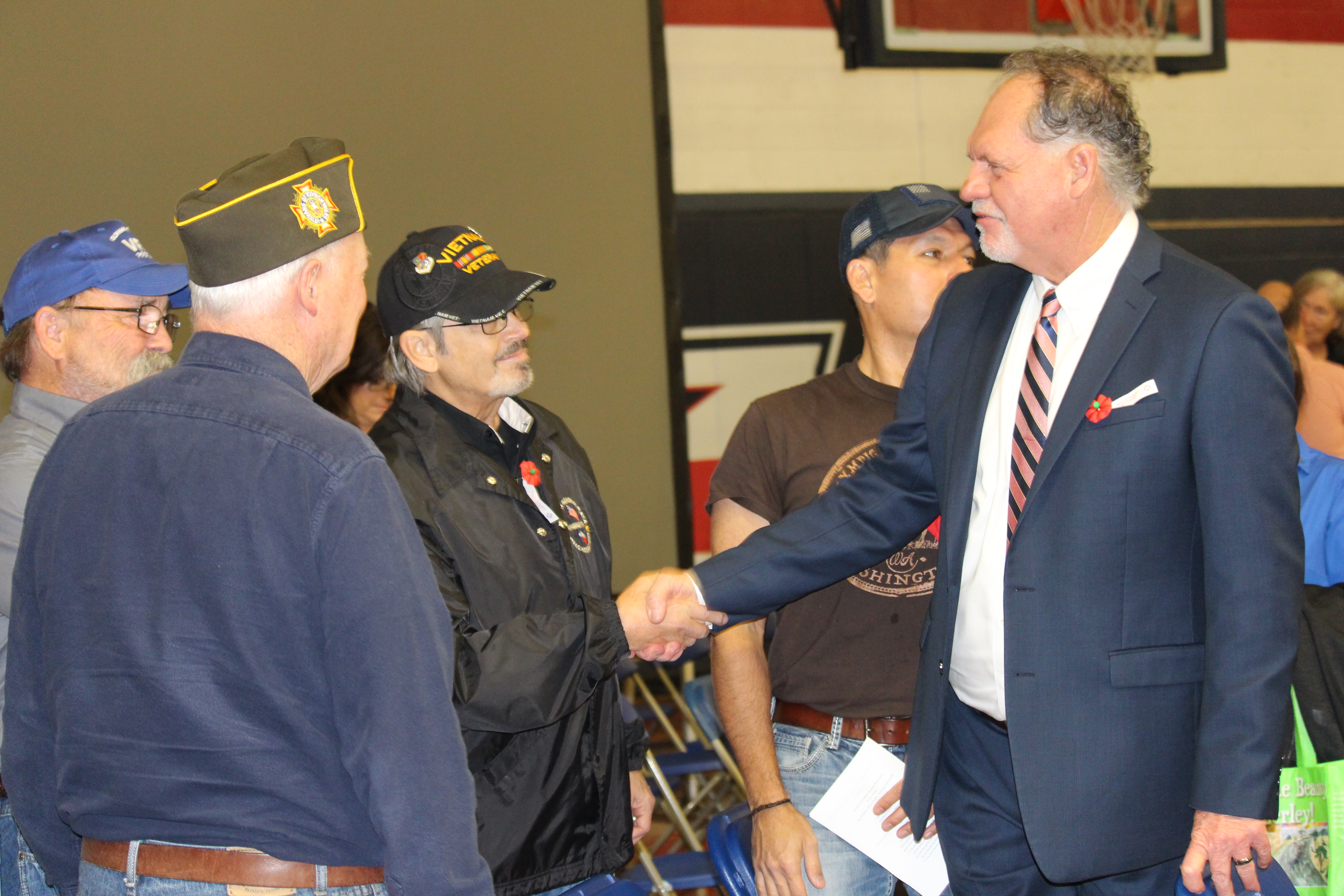 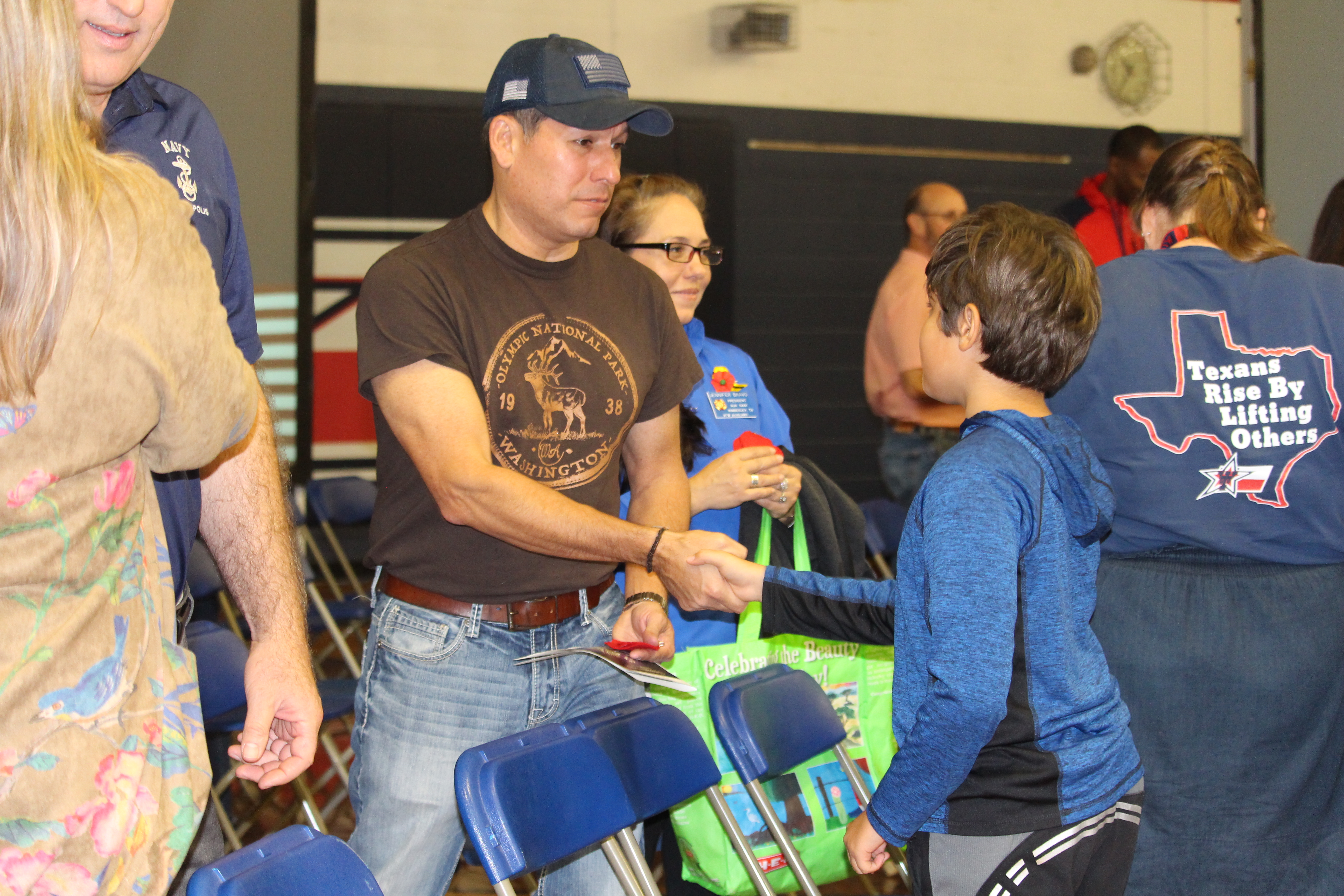 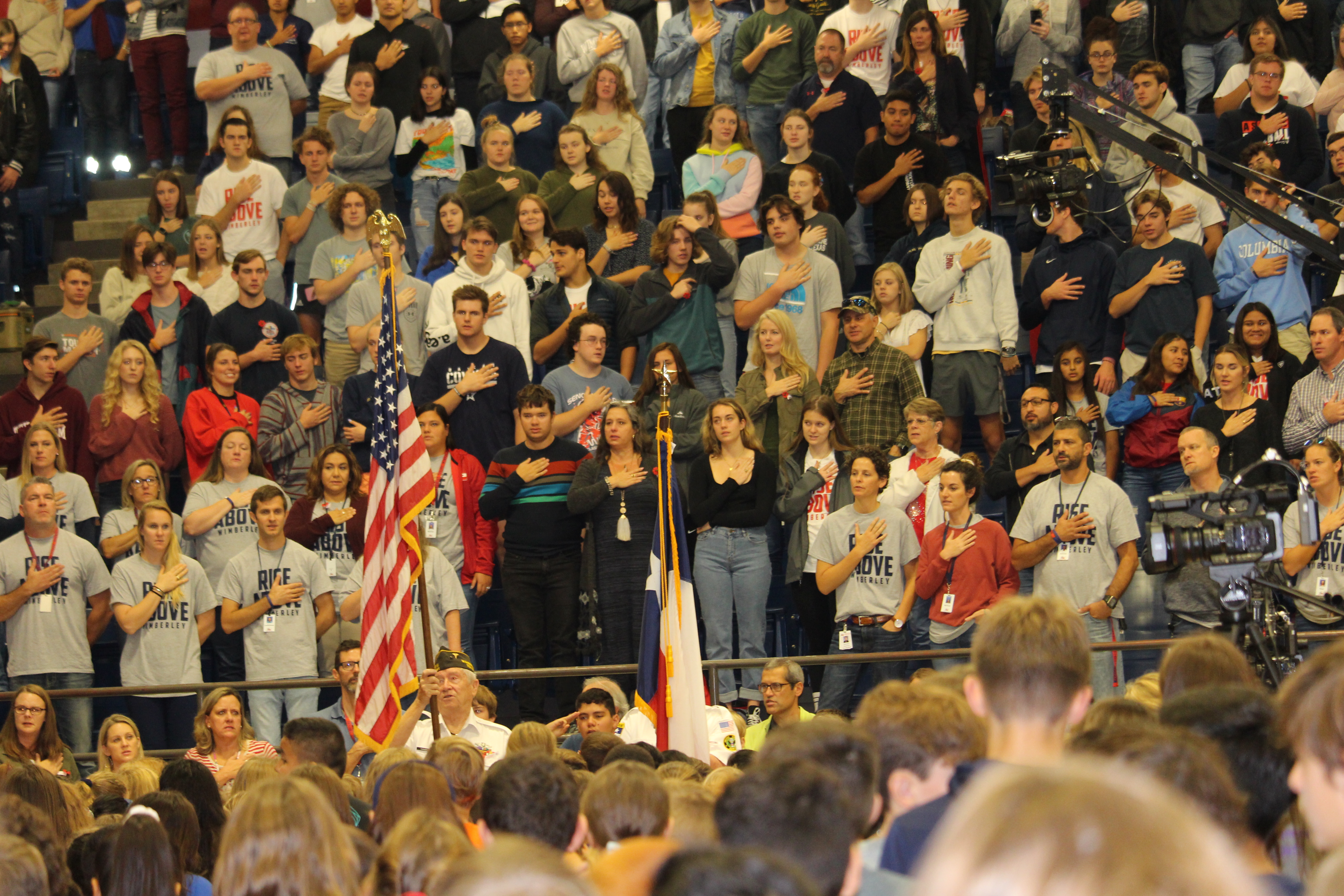 Download Image-Students, Teachers and community VIPS pause for the Pledge of Allegiance 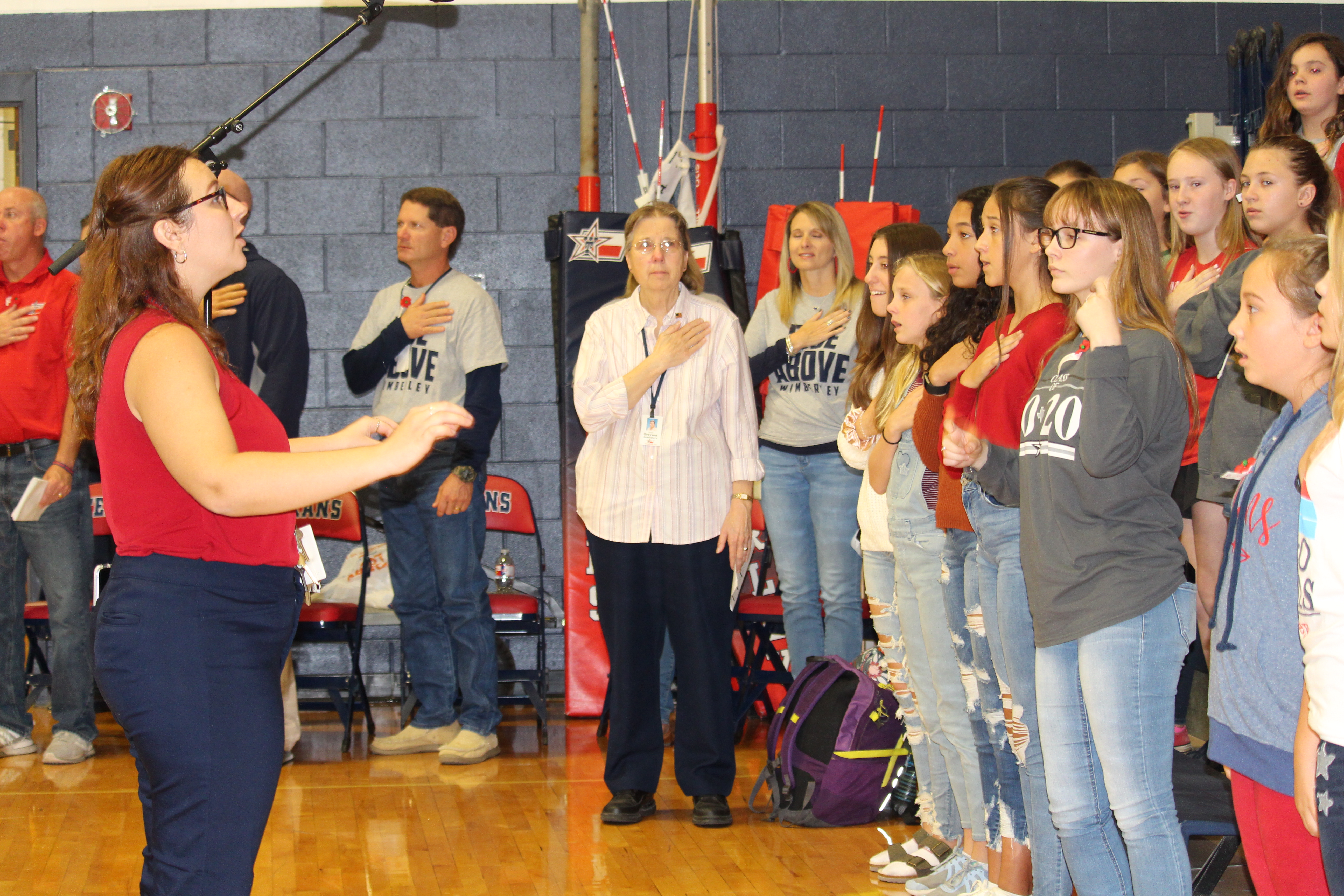 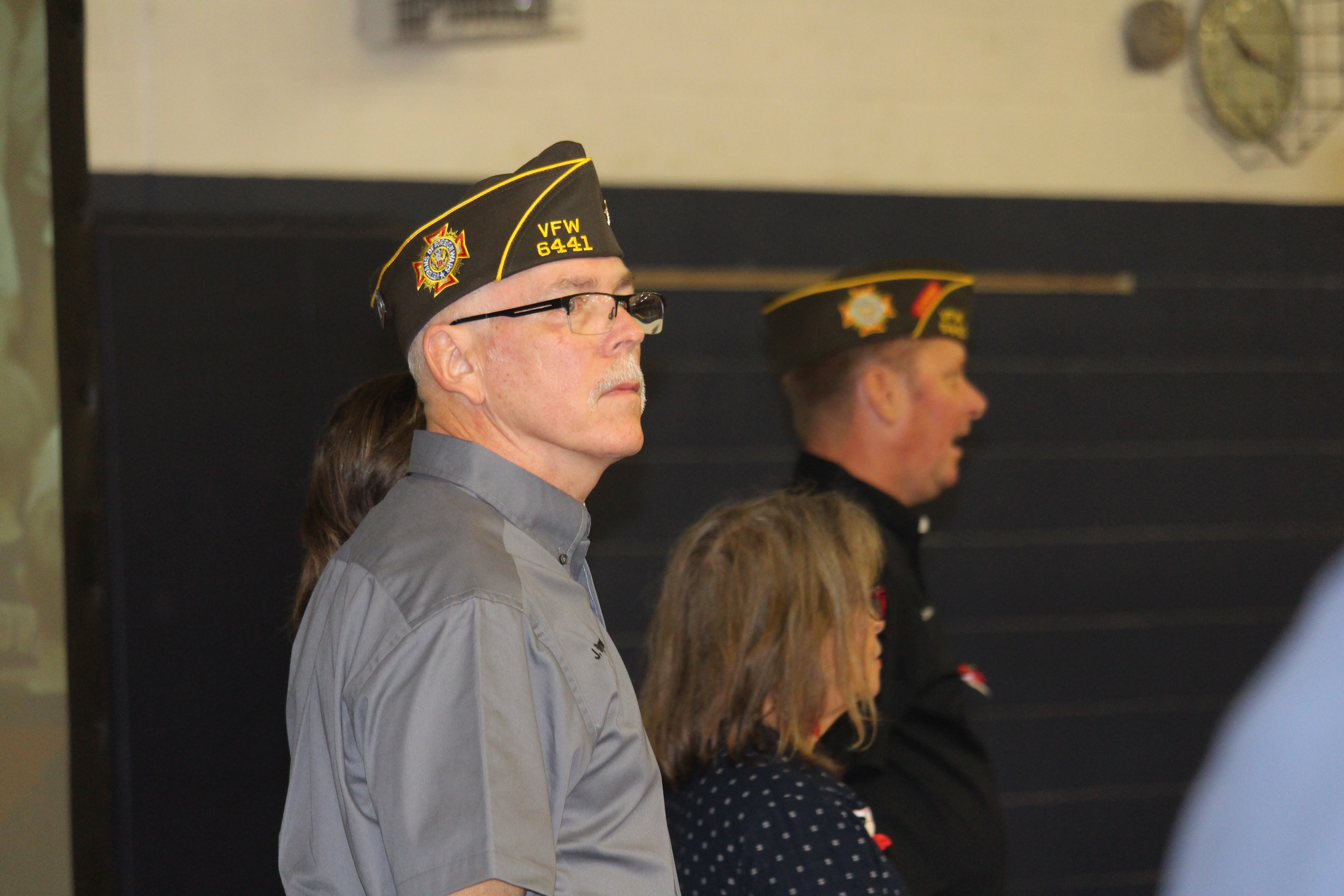 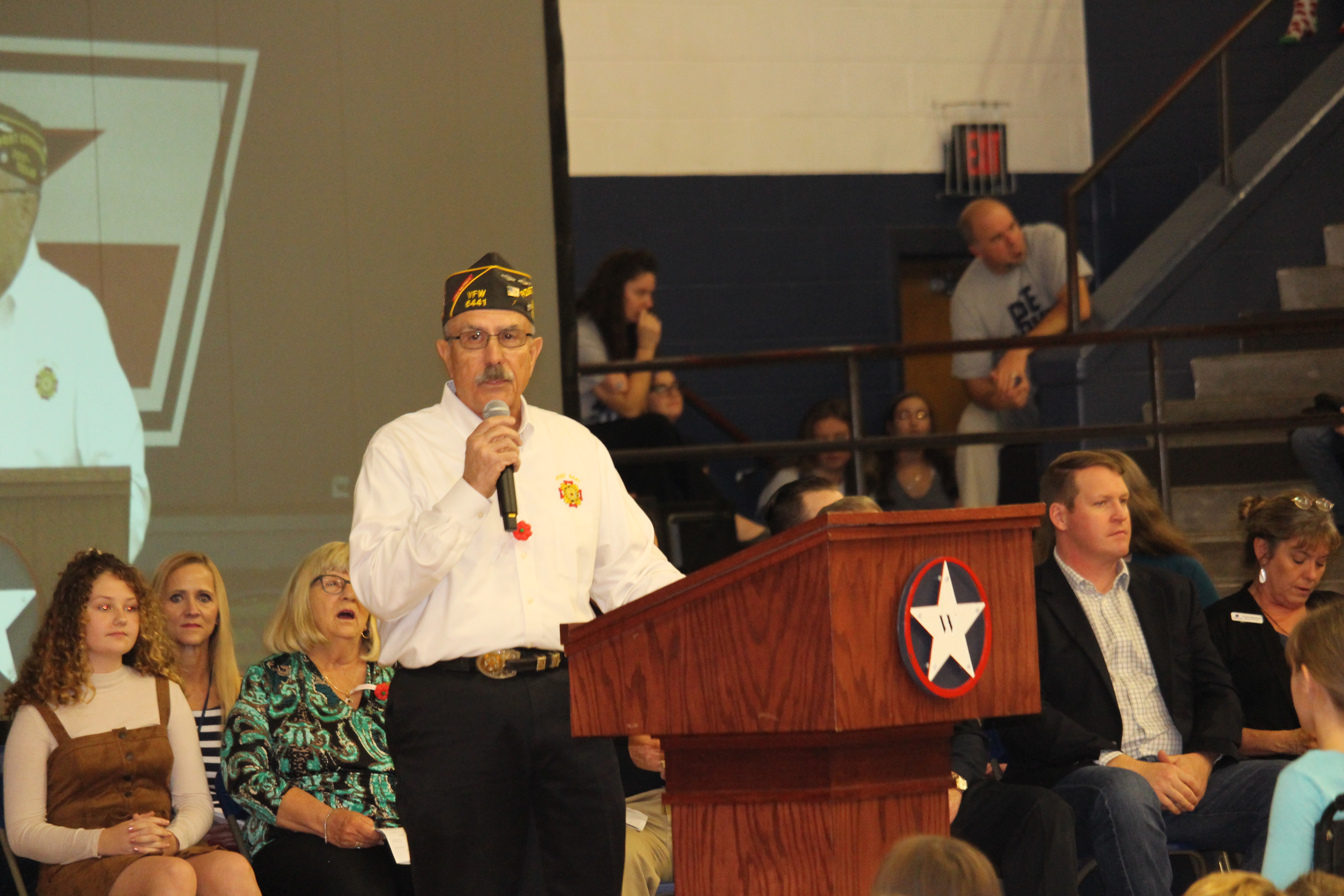 Listen to the DJH and WHS Choir sing the National Anthem