Wimberley ISD, September 11, 2019—Ken Strange is well-known in the Wimberley Valley for his humble personality, calm demeanor and love of country and community. To so many, he embodies the honor he was bestowed as Patriot of the Year at the annual Wimberley Patriot Day Ceremony on September 11, at the Veterans Memorial Plaza on the grounds of the EmilyAnn Theatre & Gardens. Flanked by his loving family, Strange took a moment to address the gathering of first responders, Wimberley ISD students, Veterans and community members.

"This is very humbling. I'm so honored to be a part of this community where everyone has a part in making it a safe and a great place to live. So, thank you to all of you for this honor, and our family appreciates all of you for what you do to serve this beautiful Valley we all call home," said Strange.

Strange joins other Patriot of the Year recipients with a paver bearing his name at the Veterans Memorial flagpole. The ceremony included a salute to all local first responders and members of all branches of the military and their loved ones.

Strange has served on the Wimberley ISD school Board since 2008. He served in the United States Air Force for four years and in 1989 made a decision that would forever change the course of his life—he joined the Wimberley Volunteer Fire Department. In 1991, Strange joined Wimberley EMS as a volunteer and was hired as a full-time paramedic in 1996 and ascended to director in 2004.

Strange and his wife, Yvette have two children, Kennedy and Hallie, both Wimberley High School students.

"Wimberley ISD joins the community in never forgetting the tragic attack on our country on 9/11, and all of the team is especially honored to congratulate Ken Strange, a dedicated WISD trustee, whose diligent service has had a very positive impact on education in the Wimberley Valley," said Dwain York, Wimberley ISD Superintendent of Schools. 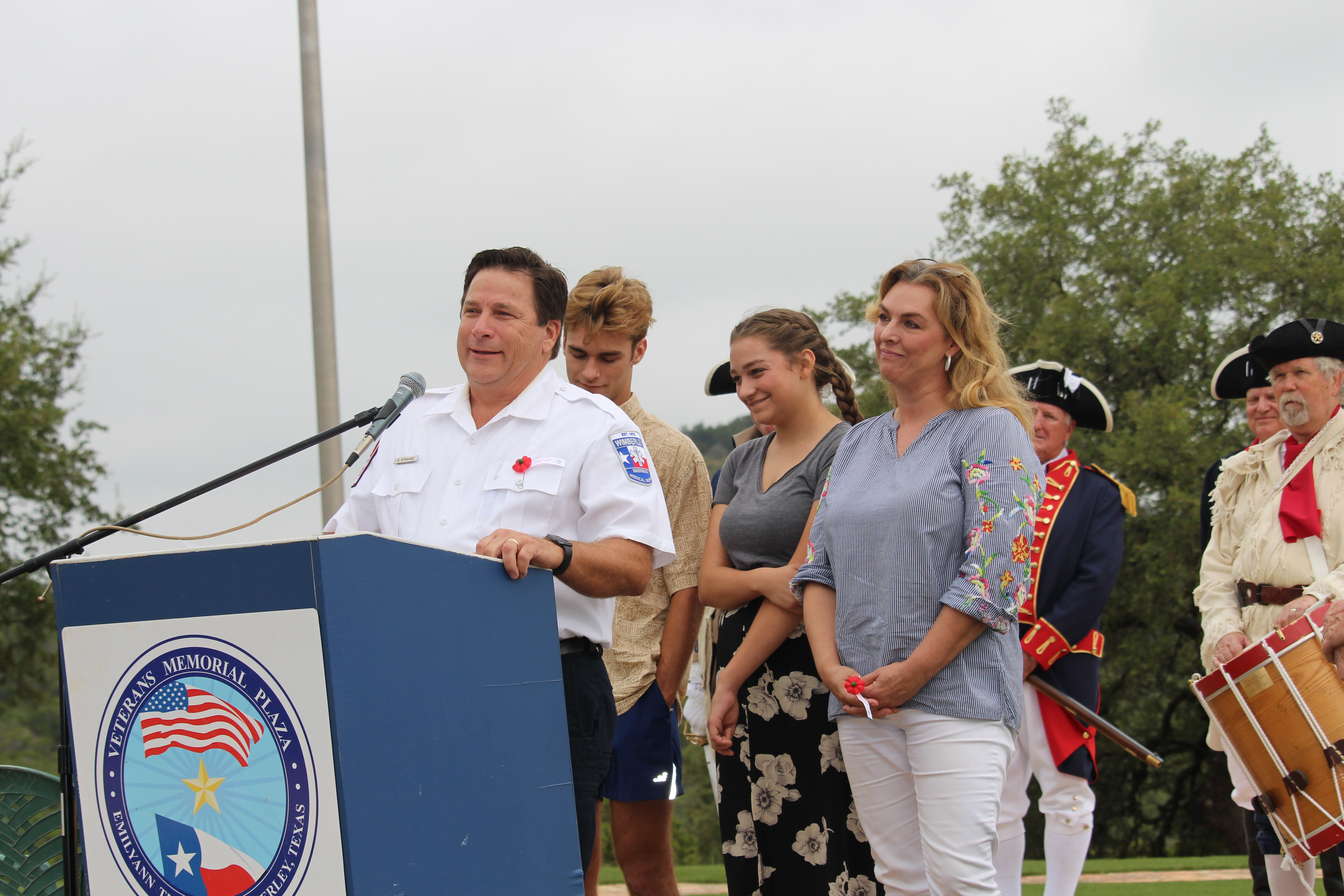 Ken Strange, Wimberley Patriot of the Year is flanked by his son, Kennedy, daughter Hallie and wife Yvette as he humbly accepts the honor. 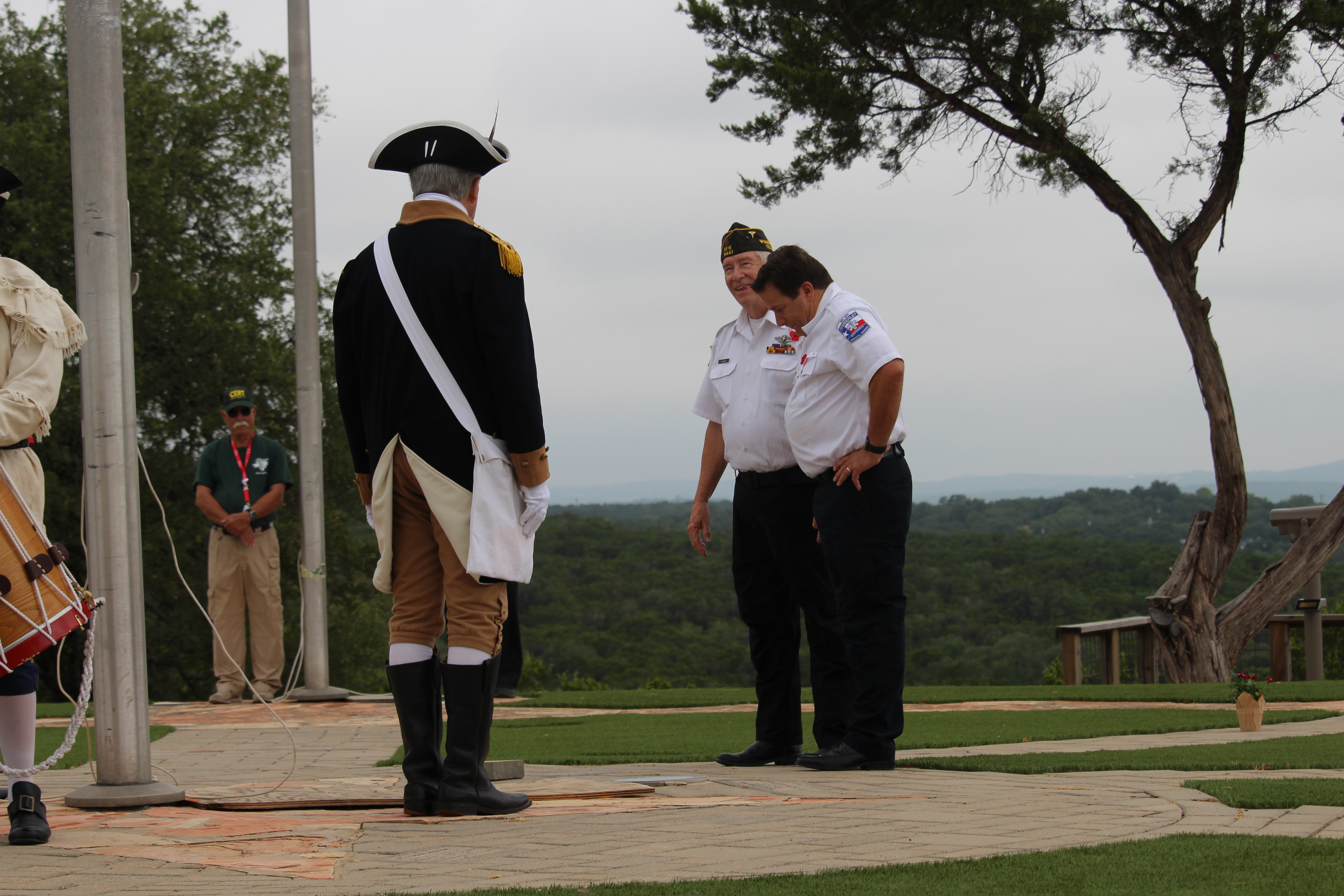 Ken Strange looks at the Patriot of the Year plaque bearing his name now forever a part of the Wimberley Veterans Memorial Plaza.