It was a packed house at the monthly Wimberley ISD Board of Trustees meeting as the Wimberley High School Texan State champions, winners and qualifiers enjoyed a moment of recognition.

The WHS UIL Journalism and Current Events teams each won their respective state championships. The Robotics team, in its inaugural year, qualified for state competition in two events and took third place out of 72 schools for their exhibit. The team's robot placed sixth. During the FIRST competition, the team won Rookie Allstar, Rookie Inspiration and their robot finished 63rd overall at the state competition.

Neal also qualified for the state meet earlier in the fall in cross country.  In track, Neal broke records in the 1600 meter multiple times this year before finishing with a time of 4:23 at state. In the 3200 meter, Neal set a new school record this year with a time of 9:57. 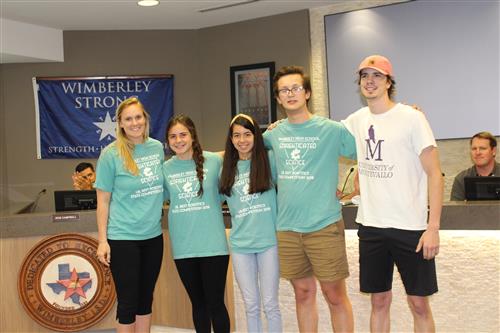 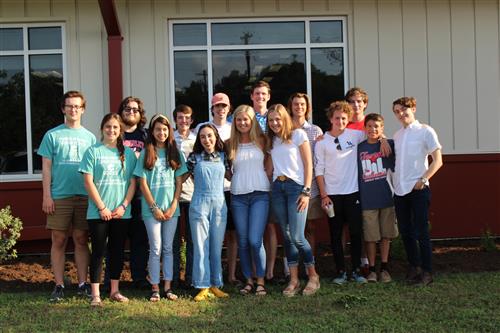