Wimberley High School seniors Simón Ramírez and Carson Weems were each selected to All-State bands following a lengthy audition process. Simón received first chair tenor trombone in the 4A All-State Band following his performance at the Area audition in Robinson and Carson was selected as the jazz guitarist in the Association of Texas Small School Bands (ATSSB) Jazz Ensemble earlier this school year. (Full list of All-State honorees is here.) 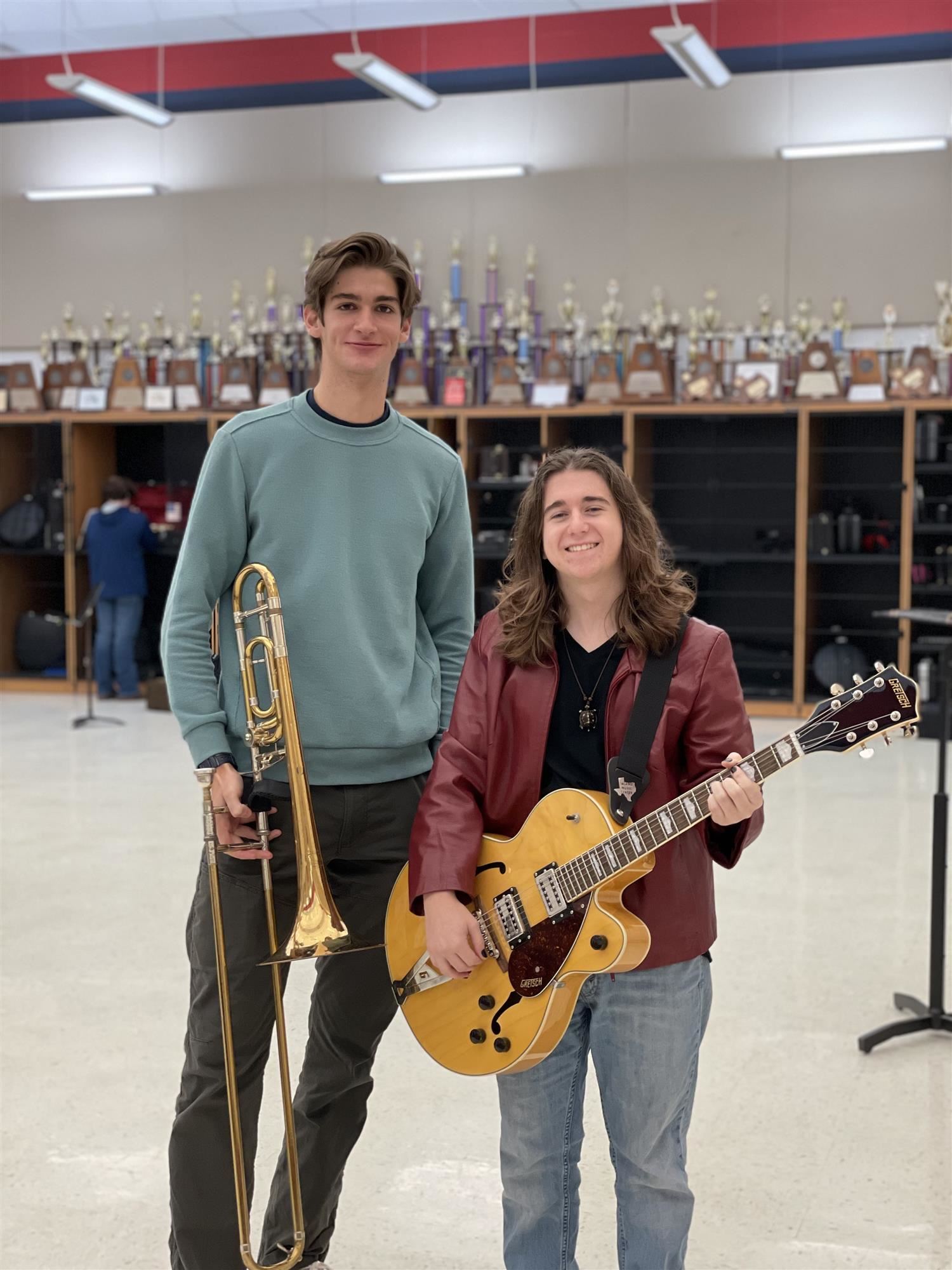 Simón, Carson, and other high school students selected to the All-State bands have competed through auditions to qualify at the state level. All-State is the highest honor a Texas music student can receive. 1,875 students are selected through a process that began with over 70,000 students from around the state vying for this honor to perform in one of 18 ensembles. Texas Music Educators Association (TMEA) sponsors the Texas All-State competition. This competitive process begins throughout the state in auditions hosted by 33 Regions. Individual musicians perform selected music for a panel of judges who rank each instrument or voice part. From this ranking, a select group of musicians advances from their Region to compete against musicians from other areas in eight Area competitions. The highest-ranking musicians judged at the Area competitions qualify to perform in an All-State music group. Only the top 2.6% of musicians who initially audition become All-State musicians.

Simón and Carson will now have the opportunity to participate in three days of rehearsals directed by nationally recognized conductors during the TMEA Clinic/Convention in San Antonio in February.